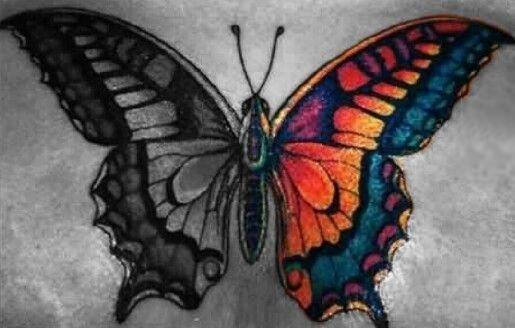 Excerpt from “Ending Our Escape from Love: From Dissociation to Acceptance”

Introduction to the Process of Dissociation
Kenneth Wapnick, Ph.D.

This Excerpt was taken from the book entitled Ending Our Escape from Love: From Dissociation to Acceptance, which is available from our Online Store by clicking here.

It is important when we work with A Course in Miracles over a period of many years to realize that there is a part of us that is split off, or to use the psychological term, dissociated. On the one hand, we have heard and read the words of the Course over and over, and the thought system makes more and more sense as the months and years of study and practice pass by. Yet, something very peculiar happens. It is almost as if a wall has been erected inside us so that there has been no carryover or direct experiential meaning in our personal lives of what we have learned and understood. In other words, we blithely go on living our lives angry and critical, indulging our specialness, getting sick and running to the doctor, and generally doing everything that normal people do—as if nothing we have studied, learned, and sworn by in this course has had an effect. It is as if there is a part of us that believes in truth, and a completely different part that lives our everyday lives as bodies dealing with all the issues our bodies are confronted with. The two parts seem totally unconnected.

It is very important as students of this course that we look at this honestly. So many of us who have been with this thought system for a long time will utter a complaint along the lines of, “When am I going to get it! When is everyone else going to get it!” What is being reflected in that is this strange dissociation that we all practice—as if, so to speak, the right hand does not know what the left hand is doing, or the right brain does not know what the left brain is doing, or the right mind does not know what the wrong mind is doing. However it is described, there is a serious split, and looking at this split or this wall is a way of understanding what Jesus means when he asks us to be honest with him and to hold nothing back (T-4.III.8:2). It makes perfect sense that we would have a wall, because this material is extremely threatening. This gets said over and over, but it appears as if we do not let it get through to us. At some point we have to address that in ourselves. We must look at it, not just intellectually, but we must try to feel what it is we do that keeps what we know to be true from permeating our lives.

This is not to say that we are not more forgiving or less judgmental than we were at the beginning of our work with this course, rather that there is a barrier. Again, it is understandable that there would be a barrier, but simply understanding why is not enough, because that then can become a defense, and usually does. You can understand until you are blue in the face, and nothing is going to change. It is most important to try to feel what stops you from taking words you have heard and read over and over in the Course, and letting the principles affect everything in your life, because they should affect and change everything in your life.

It is so easy to complain about things, starting with the people with whom we live, work, or grew up, not to mention our bodies, old age, the president, the weather—everything and anything. We do that without even thinking about what we are doing. It is so natural for us to complain, find fault, separate, or exclude that we do not give it a second thought. That is one segment of our lives. Then we turn back, come to a class, study A Course in Miracles, do whatever we do with it, and understand it. Again, there is a gulf or wall that separates these two aspects of our experience: we understand and accept what we study in the Course as the truth, and then go about living our lives seemingly unaffected by it.

This is similar to the revolution in physics in the 20th century that started with Einstein. It shattered all of the Newtonian laws and helped us realize that nothing is what we think it is: the world of matter is basically an illusion; it is all thought, not solid. These astonishing findings have had almost no effect on anything. Most of the time, the new physics is not even taught in schools. Citing another example, there seems to be incontrovertible evidence that the United States military/intelligence had broken the Japanese code and therefore knew that there was to be an attack on Pearl Harbor. But it is so woven into the mythology of the United States that it was a sneak attack that we knew nothing about, that the idea that the United States had full knowledge of the planned attack has been kept separate. Then, too, everyone knows that the first gospel written was that of Mark, not Matthew, but people still talk about Matthew as the first gospel. Bibles are printed with Matthew as the first gospel, but Matthew was written second. There are dozens, hundreds, thousands of experiences like that. It is as if there is a truth on one side, and then there is what everyone does over on the other side, and never the twain shall meet. We just build a wall.

What all this tells us is that there is a tremendous fear of changing what we know—we do not want our worldview to be upset. Nothing changes or upsets our worldview more than A Course in Miracles, because it takes us one step, albeit a giant one, further than the quantum physicists. It not only says this world is an illusion, it says that the thought that makes up the world is an illusion, too. It is not only that this body as matter is an illusion, but the thought that made this body is also illusory. This leaves us as individuals absolutely nowhere, because it is saying that as an individual I am a total non-entity, a “no thing,” a “no thought.” Obviously, this is extremely frightening and overwhelming. But rather than deal with this conclusion, we split it off. Dissociation is a wonderful psychological defense, where we have two mutually exclusive thoughts, not wanting to let them go, and so we just split them off; we dissociate; we dis-associate one from the other.

Previous Post Discussion of Jesus Next Post The Curriculum of “A Course in Miracles:” Theory and Experience – Part 1