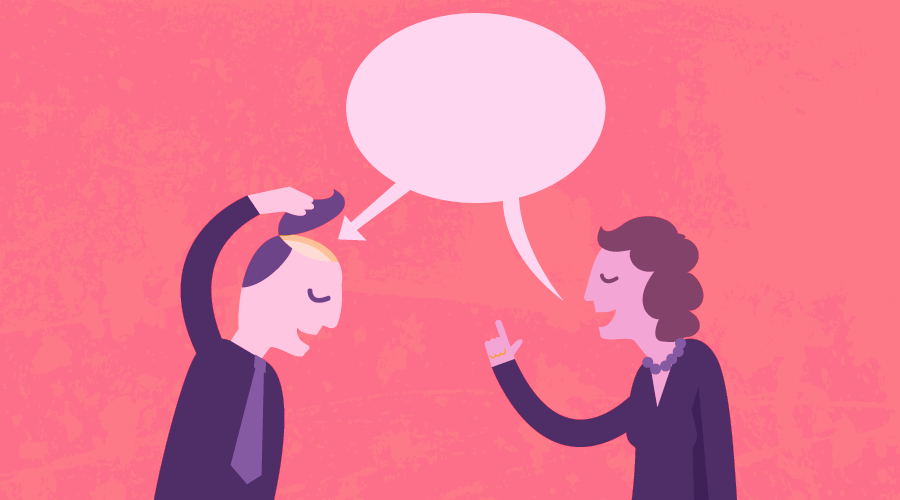 Learning to Listen
Part 1 of 2

Failure in communication is a common cause of discontent in relationships. Indeed, our post-war generation has seen a spate of therapies, trainings, and programs of all kinds geared to assisting couples, families, and businesses in learning how to listen. So successful have these interventions been in appealing to people in troubled relationships—and who in our world does not suffer from troubled relationships?—that a veritable industry has arisen representing the whole gamut of professional and not-so-professional techniques. In one way or another, they all attempt to teach people how to listen to each other, and to hear what is being communicated.

Diplomats are trained—or should be trained—in the cultures with which they are interacting to be sensitive to nuances of communication, different from their own, so as not to offend or offer insult where none was intended. I remember when working with the Bulgarian translator of A Course in Miracles being puzzled at her repeatedly shaking her head from side to side in what appeared to be a negative response to my comments and suggestions. I finally asked her what was wrong, only to discover that in Bulgaria such a response was meant affirmatively. Clearly no harm was done, but imagine the potential repercussions if sensitive diplomatic negotiations were being conducted and such fundamental misunderstandings were to occur.

These various forms of training-to-listen, if we may be permitted such a term, can certainly be helpful in facilitating easier communication from one person to another, each learning to be more respectful of the other's feelings and experience. Yet almost always there is an emphasis on respecting not only another's feelings, but meeting one's own needs. Such approaches, while efficacious perhaps in the short term, run the risk of long-term compromise, in which partners must choose to sacrifice part of their needs and desires in order to maintain the relationship. Such bargains cannot but fail to evoke resentment, albeit unconsciously, since they are never fully receiving what is believed to be their due. And when there is silent resentment, projection must inevitably follow. Early in the text Jesus describes this conflicted situation where

the mind and the behavior are out of accord, resulting in a situation in which you are doing what you do not wholly want to do. This arouses a sense of coercion that usually produces rage, and projection is likely to follow (T-2.VI.5:6-7).

On the other hand, true communication, as taught in A Course in Miracles, aims at releasing all parties in a situation from the burden of demanding need-satisfaction. Thus Jesus echoes the same discontent over our miscommunications with each other, and offers us his unique training of forgiveness. In this article, I shall therefore discuss the meaning of communication, specifically what it means to listen truly to each other.

An important point of departure is that it is impossible to hear others as long as we have a need from them that demands to be met. The reason is obvious when thought about. Our pressing needs demand satisfaction, regardless of external circumstances. The social upbringing we were all exposed to usually allows us to delay such gratification, yet not without a sense of sacrifice, as indicated in the quotation above. Our unconscious need for satisfaction ensures that whatever relationships we are in at the moment will be experienced in an adversarial way, whatever their form and however unconscious such perceptions may be. Thus we are not truly present to others, but only to what our needs make of them. Students of A Course in Miracles will certainly recognize these descriptions, as they form the heart of Jesus' teachings on special relationships, those substitutes for our relationship with God our Source, within which there are no needs:

You who want peace can find it only by complete forgiveness.…While lack does not exist in the creation of God, it is very apparent in what you have made.…Until the "separation," which is the meaning of the "fall," nothing was lacking. There were no needs at all. Needs arise only when you deprive yourself. You act according to the particular order of needs you establish. This, in turn, depends on your perception of what you are (T-1.VI.1:1,3,6-10).

Following our ego's dictates of lack and deprivation, we seek to find satisfaction for our needs, regardless of the cost, though we hope it will be another who will pay. Thus we seek to sacrifice another's happiness in order to find the satisfaction the ego craves. How, then, can we listen to another? How, then, can we hear the plaintive call for release from pain? How, then, can we find in another the echo of our own call? Jesus wants us to ask these questions of ourselves in order to hear his answer. Answering another's call answers our own:

But we are getting ahead of ourselves, for first we need to understand what it is we are seeking to hear. Let us therefore return to the beginning, which seemed to follow the true Beginning. In the ontological instant, within which we believed we had separated from our Creator and Source, we also separated from the song of creation:

the single voice Creator and creation share; the song the Son sings to the Father, Who returns the thanks it offers Him unto the Son. Endless the harmony, and endless, too, the joyous concord of the Love They give forever to Each Other. And in this, creation is extended.…The Love They share is what all prayer will be throughout eternity, when time is done. For such it was before time seemed to be (S-1.in.1:2-4,7-8).

But indeed, time did seem to be, and the note of God's Son did appear to be missed in Heaven's song (T-26.V.5:4). Moreover, in that single unholy instant of separation we not only turned a deaf ear to Heaven's song, but to the Holy Spirit 's remembrance of it as well. Thus was the song forgotten, yet its melody has remained with us, despite our ego's most inventive efforts to keep it unremembered. Students of A Course in Miracles are certainly not unfamiliar with this inspiring passage of hope and promise:

Listen,-perhaps you catch a hint of an ancient state not quite forgotten…Not the whole song has stayed with you, but just a little wisp of melody.…But you remember, from just this little part, how lovely was the song, how wonderful the setting where you heard it, and how you loved those who were there and listened with you.…Listen, and see if you remember an ancient song you knew so long ago and held more dear than any melody you taught yourself to cherish since (T-21.I.6; 7:5).

But to remember the ancient song of love and oneness meant to forget our newly-composed song of specialness and separation; a "sacrifice" we were not prepared to make. And so communication was shattered, and dissonance come to replace harmony:

Direct communication was broken because you had made another voice (T-5.II.5:7).

The separation was not a loss of perfection, but a failure in communication. A harsh and strident form of communication arose as the ego's voice (T-6.IV.12:5-6).

The separation therefore broke communication with our Source and disrupted its perfect flow, substituting instead the ego's raucous shrieking. In our insanity we preferred this song of separation and specialness, and so we chose not to hear the Holy Spirit 's melody—the forgotten song. And thus it has continued throughout the ego's vast illusion of time and space (W-pI.158.4:1). However, if ideas leave not their source, as Jesus repeatedly reminds us, then that original decision not to listen to the Holy Spirit and hear His melody of peace has remained with us. As the text instructs us about time:

In other words, we relive—"each day and every minute in each day, and every instant that each minute holds" (T-26.V.13:1)—our original decision not to listen. It should therefore come as no surprise that all people experience such tremendous difficulty in communicating, in listening to someone else without hidden agendas of their own, which mar the ability to hear truly what is being said. A musical analogy makes the same point. Great musicians have observed that "What is best in music is not found in the notes" (Gustav Mahler); the conductor should listen to the music "behind the notes" (Wilhelm Furtwängler); and the true music is in the "silence between the notes" (Isaac Stern). Richard Wagner urged conductors to listen for the work's melos, the Greek word for "song," by which Wagner meant the inner melody of the composition, without which the music would be conducted "without a shadow of soul or sense."

Restated in the terminology of A Course in Miracles, we would say that one must listen to the content of the music behind its form. Similarly, we should allow our attention to move behind the pettiness of our judgments and misperceptions to the underlying content of love or calls for love that sounds in each of us. Theodore Reik, whom Freud considered one of his most gifted students, relates a wonderful example of listening in his classic work Listening with the Third Ear. He relates the story, and I repeat it now from memory, of a patient who came to his office for her regular appointment. She commented to Reik on a book that was upside down in his bookcase. Without anything else being said, the famed analyst asked: "Why didn't you tell me you had an abortion?" Reik's question, of course, was right on the money, and in his book he explains how he had derived his surprising conclusion from the woman's comment. The point is not that we all become as shrewdly insightful as the psychoanalyst, but it is important that we listen with the "third ear," freed only when we suspend our need to evaluate situations and judge others—all based on our own perceived needs and pressing personal concerns.