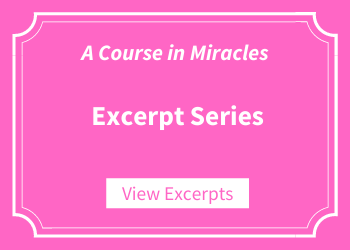 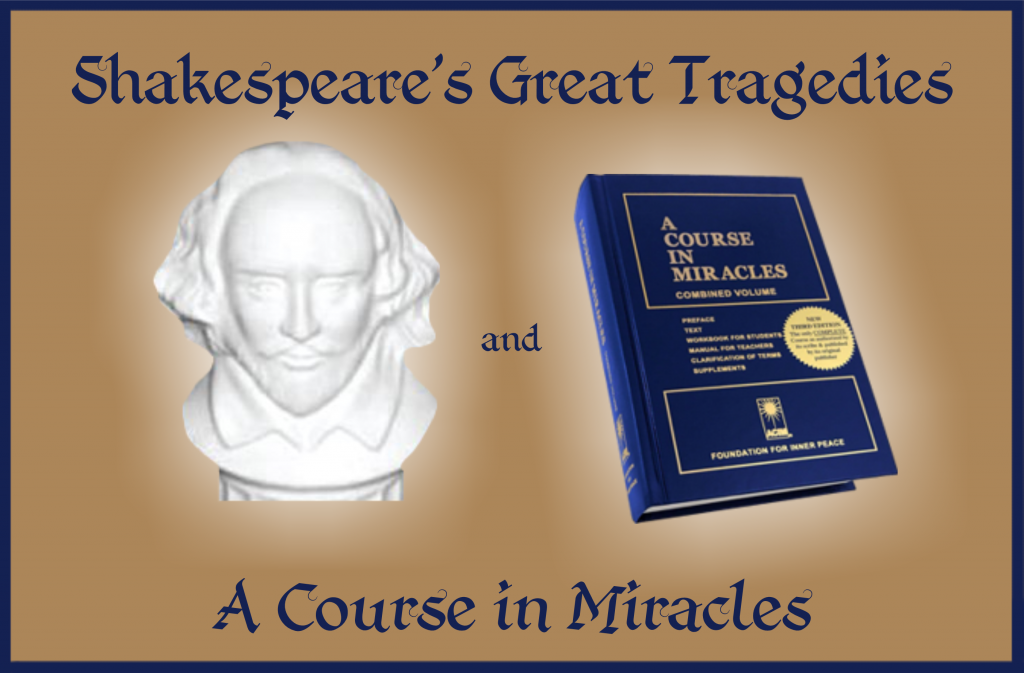 This Excerpt was taken from the Hamlet, part of the Life, Death, and Love: Shakespeare’s Great Tragedies and A COURSE IN MIRACLES four book set, which is available from our
Online Store by clicking here.

For all of us who believe we are here in this world, the death of the body is obviously our central
concern, both for ourselves as well as our loved ones. Freud said that “the aim of all life is death"[1}: from the moment we are born we are making preparations for death. All of life inevitably leads to dissolution or death, and this is a key part of the ego’s strategy to keep us identified with its thought system. I will begin, then, by discussing the reason that, as authors of our own scripts and dreamers of the dream we call life, we write our stories with death as their most prominent element.

First, and most significantly, the ego’s thought system arises from death, which is the basis of Jesus saying that “death is the central dream from which all illusions stem” (M-27.1:1). The ego thought system, to state it quite baldly, begins with the belief that we destroyed God, and on His slain corpse erected our own selves: individual, separated, unique, autonomous, and special. Our individual existence, now thoroughly identified with the ego, thus began with death and indeed derives its very meaning from the thought that we acquired existence through the death and destruction of God.

Notice how the concept of opposites emerges right at the beginning of the ego thought system. It will remain its principal theme throughout, manifested in the contrast between two opposing thoughts: oneness and separation; and two opposite states: life and death. Death, now equated with God, is seen as the opposite of life, represented by our individual selves. The critical importance of this idea lies in the fact that it is the antithesis of reality, in which there are no opposites. Heaven, according to A Course in Miracles, is the state of perfect Oneness; there is nothing that Oneness can be opposed to, and there is nothing that could be opposed to Oneness (T-18.VI.1:5-6). This is the essence of the Course’s non-dualistic thought system. Thus if the ego, the thought system of separation with which we identify, is to survive, God cannot. Likewise, if God remains Himself, then a separated and individualized self cannot exist.

From the beginning, then, the ego set itself up in opposition to God, and the world it eventually made is by nature the realm of opposites, clearly evident in our everyday experience, where opposites prevail: good and evil, tall and short, warm and cold, north and south, male and female, winners and losers, victims and victimizers, waking or sleeping, life or death. Our world is predicated on opposites because our existence began with the thought of opposites. That thought then fosters oppositionalism, because it opposes the true oneness of reality. The mind of God’s Son, from the moment he chose the thought system of the ego, essentially became a battleground of perpetual war with God. Paradoxically, he believed that God had been slain; yet he cannot help fearing that God cannot be permanently destroyed, and therefore he must continue the battle, lest he be overcome and slain by what must be a raging, wrath-filled God. In our minds—this has nothing to do with the Mind of God—there are two parties at war: God (the ego’s god) and ourselves. One will survive and the other will die. It cannot be otherwise.

… The ego thought system of opposites can also be characterized as a thought system of one or the other. Someone wins, someone loses; someone lives, someone dies. Within the ego system it cannot be both. One cannot be both alive and dead. Furthermore, if I am to live, someone has to be sacrificed, the object of my specialness. If I am dead, then I have been sacrificed so that this same object could live. The ego’s insane thought system gets played out in our minds as a battle between God and itself, the part of the mind that believes it is an individual self and likes being on its own. In the mind of the Son there is a conflict between this self that believes it is alive and God, Who the ego believes is hell-bent on taking back the life of separation it stole from Him. It cannot be too often emphasized that this has nothing at all to do with the true God, Who knows nothing about what has never happened in reality. The ego’s god is simply the projection of its own insanity, elevated to the rank of the Godhead.

At this point, then, we see that the reason death is so central to our lives as bodies is that it gave rise to us, the ego’s life that is the separation. God had to be sacrificed so that we could live—what the ego calls living—as separated, individual entities. This is why that line in the manual is so significant: “Death is the central dream from which all illusions stem” (M-27.1:1).

All this occurs in our minds, of course, which is why we speak of death as a belief. Death is not something that happens to the body, and certainly has never happened in reality. It is a thought, and since nothing just appears in our minds—we choose what we want to be there—there was a decision by the mind to have that thought. Once chosen, our experience is that the thought just happens to be there; but the ego originates with a choice, and choice implies at least two alternatives. Thus the ego’s is not the only way of thinking, and from the very beginning there coexisted another Voice, with another thought system. This is the Holy Spirit, and His thought system is the Atonement.

… This, then, becomes the crux of the problem. The ego fears that at some point we, as the Son, will recognize the enormous error of our choice—death over life, separation over oneness—and correct our mistaken choice by identifying with the thought of Life, the Holy Spirit’s thought system of Atonement. Therefore, to ensure that we do not choose to accept the Atonement, the ego devises a strategy to have us vacate our minds. This next step in the ego’s made-up thought system convinces the Son that he has sinned, not only by killing God, but by extracting life from His slain Self, as we have seen, so that the Son would have it and God would not. Overwhelmed with guilt about what he believes he has done, and believing the ego’s mythology, the Son becomes terrified that somehow—magically—God will arise from His grave and come after him, seeking vengeance for what has been done to Him. What began as the seeming triumph of extracting life from the death of God now winds up as the mortal terror that this “life” will be taken back; that God will seize the life that was stolen from Him, leaving the Son as the slain and dying corpse.

Death, then, is the dominating thought of the ego’s world—thought and body. Its centrality in the ego thought system becomes more and more evident as we look carefully at the world generated by the ego. The life of my self arose out of death, but if I am not careful that life will be snuffed out, just as within his dream the Son snuffed out God. Built into the ego’s belief about life is that it is sustained only by extracting life from something else, which has to be killed so that we can continue to live. There is a… striking passage in Hamlet describing how life involves one thing eating something else, and then what eats in turn gets eaten. This ongoing pursuit of an object to be devoured is our “life.” It is essential to the continuation of physical life that other life be destroyed; yet hardly anyone wants to look at the cannibalism of ego life that says we cannot continue to live unless we feed off something else, and when we feed off something else, that something else must die. Bodies have nutritional needs. Without eating they cannot survive, and this means that something must die in order for our bodies to live. This is the ego’s law of nature.

Previous Post Special Messages to Helen Schucman from Jesus: Applicable to all students of “A Course in Miracles” Next Post The Role of Death in the Ego’s Thought System