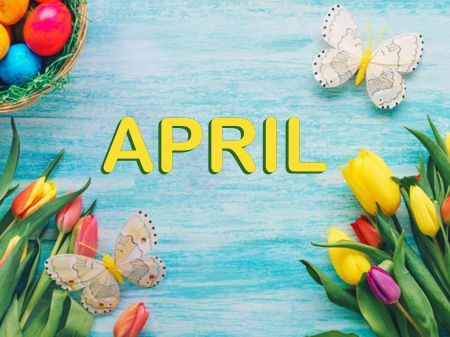 Click on an excerpt, audio or video tab to open.

Click on an  excerpt, audio
or video tab to open.

Excerpt: An explanation of the crucifixion and resurrection according to the Course.

Q: Could you give a simple explanation of the crucifixion and the resurrection?

A: As you know, the crucifixion and resurrection are the foundation of traditional Christianity. At its core are beliefs about sin, atonement, sacrifice, redemption, and death. In A Course in Miracles Jesus reinterprets each of these concepts. The Course teaches that the separation never truly happened, and therefore the world does not exist. Our experience in the dream, including the crucifixion and resurrection of the historical Jesus, is part of the illusion. That is the simplest explanation the Course offers. On another level, however, since we do believe in the separation and the reality of the world and its “history,” Jesus reinterprets the “events” that we believe occurred, and the concepts on which they are based. In the text he tells us: “The real meaning of the crucifixion lies in the apparent intensity of the assault of some of the Sons of God upon another. This, of course, is impossible, and must be fully understood as impossible. Otherwise, I cannot serve as a model for learning” (T-6.I.3:4-6). As a symbol of the part of our minds that accepts the truth of who we are, Jesus does not identify with the body, accepts his identity as God’s innocent Son, and knows that his life is in God alone. This is what the Course refers to as acceptance of the Atonement. It is not achieved through sacrifice, nor death, but through this recognition. The crucifixion then becomes what Jesus tells us in the text: “ … nothing more than an extreme example. Its value, like the value of any teaching device, lies solely in the kind of learning it facilitates” (T-6.I.2:1-2).

“Very simply, the resurrection is the overcoming or surmounting of death. It is a reawakening or a rebirth; a change of mind about the meaning of the world. It is the acceptance of the Holy Spirit’s interpretation of the world’s purpose; the acceptance of the Atonement for oneself. It is the end of dreams of misery, and the glad awareness of the Holy Spirit’s final dream” (M-28.1:1-4).

Excerpt: What we should do if we’re tempted to take our personal world or the world at large seriously.

I was mentioning to Gloria yesterday something that I remembered happening many, many years ago when we were in Roscoe, NY. I was alone in our house and I was walking from one part of the house to the other. No one else was in the house, and all of a sudden I felt a tremendous pain in my leg—it was almost as if someone had walloped me in the back of my ankle. I quickly turned around and my immediate thought was   “Who did this?” My immediate thought! What happened was that I had pulled a muscle or something, but my immediate thought was, “Somebody kicked me in the back of my ankle”—that’s how it felt. There was no one in the house. I knew no one was in the house. {Laughter} Our kitten would not have done that, right? I knew Gloria was not in the house; Gloria wouldn’t do it anyway, but I knew Gloria was not in the house. {Laughter} But that’s our knee-jerk reaction.

That’s a cute example, but most of our examples are not cute. “Somebody did this to me!” Don’t indulge it. Most of you have been with this course long enough now. Stop doing it! Stop with the baby business! “Peace to such foolishness!” (W-pI.190.4:1), the workbook says. Enough already! Stop with the blame! We’re too advanced for this now. This is not nursery school; this is not written for kindergarten. Stop blaming! If I’m upset it’s because my mind chose the wrong teacher. Now I’m being honest. And then Lesson 34 follows hard and fast on that: if I chose to believe God is fear and not Love, I can now choose to believe God is Love and not fear (T-18.I.7:1). “I could see peace instead of this” (W-pI.34) right now, and if I don’t it is not because of my history. It is not because of how I have suffered in the past or because of what people have done to me in the past. Right now I am still too afraid of love and I don’t want to hear that sweet, gentle man on my shoulder telling me his funny story because I heard it once and did not think it was very funny!

“I’m not a joke! Take me seriously, damn it! Take my anger seriously. Take my hurt seriously. I’m in pain. Don’t you know that? Aren’t you supposed to be Lord of all? Don’t you know I’m in pain?” And he just smiles and says, “It’s a joke! It’s a joke!” And he laughs! In another context, St. Teresa of Avila is reported to have said to Jesus once, “That’s why you have so few friends.” {Laughter} She had accused him of pushing her into a stream. That’s why nobody likes him. We bring such heavy stuff to him, and he just smiles sweetly and says, “I have a joke!” Again, it’s right there near the end of Chapter 27. So that no one forgets about it, here it is: “Together, we can laugh them both away, and understand that time cannot intrude upon eternity” (T-27.VIII.6:4).

Jesus is saying to you and me, “I’m going to tell you a very funny story, so together, we can laugh them both away.” (The “them” refers to the preceding sentence, that the separation happened and had real effects [T-27.VIII.6:3].) Separation cannot intrude upon perfect Oneness. “It is a joke to think it can.” Now he’s giggling, of all things!

“It is a joke to think that time can come to circumvent eternity, which means there is no time” (T‑27.VIII.6:5).

Now what if you thought of that joke every time you were tempted to take the tiny, mad idea seriously? Just imagine what your life would be like if every time you were tempted to take something in your personal world or the world at large seriously you suddenly thought of that passage. “Together, we can laugh it away—it’s a joke,” he says. And then he’s giggling, and you want to smack him. {Laughter} You could smack him as much as you want. I tell you he will just keep giggling! You could build a brick wall around him and soundproof it, but he would still be giggling. It’s sweet, soft, gentle, and tender, but he’s giggling. Jesus loves alliteration: he giggles gently, tickles tenderly, and smiles sweetly. That’s the real holy trinity. [Audience: oohs and aahs] You tickle your ego tenderly; you giggle gently at its insanity, and you sweetly smile at your seriousness in taking it so seriously. Remember that, and you will nevermore think of God, Christ, and the Holy Spirit—believe me—because They will disappear into that perfect Oneness, and you will too, with that gentle giggle.

Excerpted from Taking the Ego Lightly: Protecting Our Projections

Excerpted from Taking the Ego Lightly: Protecting Our Projections

Video: A reading of one of Helen Schucman’s love poems to Jesus, “The Resting Place” from The Gifts of God, and using it for the daily practice of comparing our feelings at any given moment to Jesus’ all-encompassing love.

Excerpted from The Glory of The Infinite

Video: Commentary on “Forgiveness and The End of Time” (T-29.VI.), and the importance of questioning where our pain, misery and strife really come from.

Excerpted from Forgiveness and the End of Time

Audio: Practicing the Course by paying attention to what goes on in the world as the “royal road” to understanding the activity of our unconscious mind.

Excerpted from What Is A Course in Miracles?: Theory and Practice

Audio: The operational definition of what it means to be with Jesus and walk with him.

Excerpted from Walking with Jesus

Audio: Our only friend, Jesus, and what to keep uppermost in our minds about this friendship.

Excerpted from “Make No Illusion Friend": Our Two Friends

Audio: The contrast between the ego’s peace and the Holy Spirit’s peace.

Excerpted from The Journey: From the Ego Self to the True Self