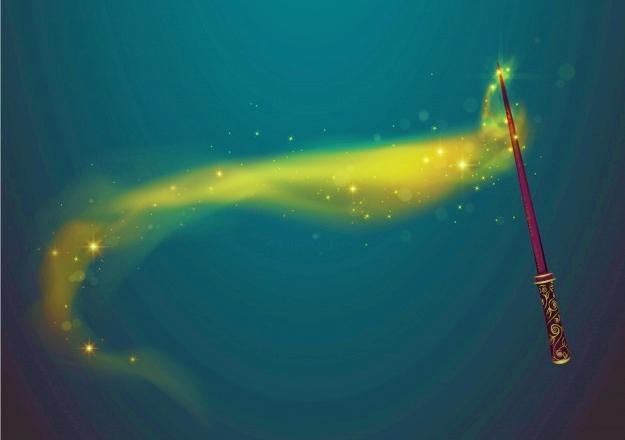 The prominent topic in this discussion of miracles and magic will be form and content. The theme of form and content goes right to the heart of A Course in Miracles, and, in a sense, we can say that the purpose of A Course in Miracles is to teach us the difference between miracles and magic. One can lay at the doorsteps of magic a great deal of the confusion that students have had with the Course, almost from the beginning, if not from the very beginning. It is one of the key ways of distinguishing the thought system of the Holy Spirit from the thought system of the ego, and, again, is very easily misunderstood. Thus, every so often I like to do a workshop on this theme, or variations of it.

We will begin with a definition of form and content: form refers to behavior or materiality, anything to do with the body or the physical world; whereas content has to do with the mind. We could say, then, that magic deals with form and the miracle deals with content. Indeed, we could say that the purpose of magic—because everything in the ego system is purposive—is to keep us from the content, from the mind. That is why magic is so attractive. We are not talking about the traditional idea of magic as some kind of hocus pocus, but magic as denoting the ego’s hocus pocus, which is to have us believe that something is where it is not. The hallmark of the magician is illusion—the idea that we see something that is not there and what we do not see is there. The skill of the magician has to do with the ability to fool the audience and have it think that miraculous things are happening, when all that is really happening is that the hand is quicker than the eye. The magician is very adept at perpetrating the illusion. When we look at the ego thought system in that light, we realize that is exactly what the ego does. The purpose of the ego system is to have us look where it (the problem) is not.

A definition that I gave many years ago for the world, which I have always liked, and refer to every once in a while, is that the world is a “maladaptive solution to a nonexistent problem.” That is what magic is. The world is a kind of cosmic expression of the principle of magic: a “maladaptive solution to a nonexistent problem.” It is “maladaptive” because it does not really work (mal meaning “bad,” and adaptive meaning “adapting to something so as to relate to or live with it”). We thus live in the world as a way of adapting to the problem of the ego; but it does not work, because it is an attempt to solve a problem that does not exist. The world then, is an illusory solution to an illusory problem.

Looking at things from this perspective enables us to recognize how absolutely insane the ego thought system is; but even more to the point, how insane we all are for believing in it. Indeed, everything we do here in this world is a “maladaptive solution to a nonexistent problem.” Even when we do something we think is positive, for example studying A Course in Miracles, very quickly it can end up being just as maladaptive as anything else. If we are not careful, the slippery ego has a way of making inroads into something that is only positive and good, and turns it around so that it ends up being exactly the opposite. That is when students of A Course in Miracles become confused between miracles and magic, and wind up using the Course as a magical solution for the problem, rather than the miraculous one that its purpose is to foster.

Again, what constitutes a miracle, at least at this point in our discussion, is that it brings us back to the mind. Magic would always have us root our attention in what is external, in the world. As I have mentioned many other times, that is one of the ways the ego has us use the Holy Spirit, Jesus, God, or this course. Rather than use Them as a means to choose the miracle and get back to our mind, They become the means of rooting us still further in the world of illusion. This is achieved by using the Holy Spirit, Jesus, or this course to solve problems here, the exact opposite of the purpose of the Course. How can we solve problems of this world or of the body; how can we make a better world, a better, happier, or healthier body if it is all made up, which is what the Course teaches? To use Them for this intent is the “maladaptive solution to a nonexistent problem.”

At the beginning of the text, Jesus spends time talking about this, although he does not always use the terms. There is one passage where he specifically talks about “level confusion” (see T-2.IV.2). Usually when I speak about confusing levels, I am referring to confusing truth and illusion, but in the Course when Jesus discusses level confusion, he is talking about confusing the level of the body and the level of the mind: in one passage he specifically talks about sickness as an example of level confusion, where we think the body is sick, when in truth, it is the mind that is sick (see T-28.II.11). If we think the body is sick, whether the emotional or the physical body, and we address our concerns there, that is magic. We will also see that sickness itself is a magical solution. Approaching sickness as having to do with the body is to confuse levels, because that is saying that a problem exists on one level, namely, the body, when it really exists on another level, which is the mind. In the miracle principles that begin the text, Jesus talks about this, that the purpose of the miracle is to undo this level confusion by pointing our attention to where the problem is, which is the mind (see principles 12, 23).

Once we address the problem in the mind, we can also accept the solution to the problem, which is also in the mind. However, if the solution is in the mind, and we remove the problem from the mind, put it in the body, and seek to resolve the problem there, then the real solution, which is the acceptance of the Atonement in our mind, is impossible. Of course, what the ego does is take the problem from the mind, put it in the body, and say this is how we solve it—and then we do solve it. Then the ego loudly proclaims, as did our former President a few years ago, “Mission accomplished!” Just as President Bush made a mistake, so do we all make a mistake when we think that the mission has been accomplished—that we have solved the problem. All that it ends up doing is making things even worse, because the ongoing problem, which rests in our mind, stays there. If it stays there and we are not aware of it, then it is free to do its thing. It runs rampant in what Freud referred to as the unconscious. It does all its ugly things in the unconscious, which have a way of seeping through into our awareness, except we do not know what is seeping through. Thus, we continually generate more and more problems that we are sure exist in the body or the world. We continually seek to solve the problems in the body and the world, not addressing at all the underlying problem in the mind.

What Jesus does for us in A Course in Miracles is unveil what the whole ego thought system is about. The problem is not what the ego does, but that we are not aware of what the ego does. The ego does nothing, but we think it is something, and therefore Jesus has to show us that it is nothing. Even more to the point, Jesus has to show us why we are so invested in thinking the ego is something, and that what the ego does is something, demanding attention and solution. Thus, Jesus exposes what the ego is up to. First he shows us that the solution the ego is attempting does not work; then he shows us that the problem this solution is addressing does not exist; and finally, he reveals that the place where this problem is supposed to exist does not exist either. In the words Jesus uses in the workbook to describe time, we can say that the world is “a vast illusion in which figures come and go as if by magic” (W-pI.158.4:1). And the whole thing is magic because we are seeing something that is literally not there. If we watch a magician sawing a woman in half, our eyes see a woman being sawed in half, except we know that a woman is not being sawed in half—it is a trick. Likewise, in this world we see people being “sawed in half” all the time, but what we are seeing is not there. But because we think it is there, we then have to do something about what we are seeing. Once again, what we have in A Course in Miracles is a way of seeing what is really going on. The woman is not being sawed in half; and things are not being done on the stage that is the world. Things are being done some place else that we do not see. The miracle, then, takes us back to where the action really is, which is in the mind.

Transcribed Excerpt from the audio set Miracles versus Magic by Dr. Kenneth Wapnick.