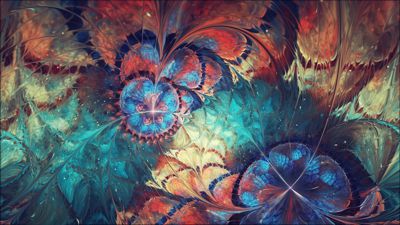 Reversing Effect and Cause

Reversing
Effect and Cause


Edited transcript of video excerpt from
Cause and Effect


Edited transcript of
video excerpt from
Cause and Effect

(T-28.II.8.1) The separation started with the dream the Father was deprived of His Effects, and powerless to keep them since He was no longer their Creator.

That’s what we just talked about. That’s how the dream begins. The Father was deprived of his effects by virtue of this slash. So we’re all basically sinful slashers, depriving God of His Effects and making God powerless to keep them because He’s no longer their Creator. He’s no longer God. We basically have written Him out of the picture.

That’s why near the end of the workbook, Jesus says this world was made as an attack on God. It was made to keep His Love out. And the world was made as an attack on God because the world comes from a thought that was an attack on God that says we don’t need You anymore. We don’t want You; get out of my life. And we made up our own life from which He was excluded. And of course, this is what the ego calls sin. You made God powerless, and God was powerless to keep His Effects since He was no longer their Creator. That of course is the arrogance and the insanity of the ego that it believes it can actually do this.

It’s incredible how many people throughout 2100 years of Christianity have been murdered in the name of Jesus and in the name of God. It should come as no surprise when you understand what the ego’s thought system is because it was made out of the thought of destroying God. And then it just keeps destroying, and now it thinks it is God as we’ll see in the next sentence.

What Jesus is talking about is what we do here. We’re the ones who made the body. We’re the dreamer of the dream. Then within the dream, we reverse it and now it becomes the body makes me. But this body comes from this body that was the effect that was made in our own image and likeness, which means the body that we made since ideas leave not their source, despite what the ego tells us, the source is the guilt and the sin that says I have murdered God. I have betrayed God. I’ve been unfaithful to my Creator. I have stolen His Love. I have stolen His Life. I’ve acted in a totally selfish and self-centered way. And the guilt is so enormous that all I can do is get rid of it and project it out.

And of course what I project out is me or the I that I think I am—this guilty, sinful self. And if ideas leave not their source, then this guilt that I’m trying to get rid of by putting on to you stays in me. But I now will see it in you. So of course you’re going to betray me and abandon me and kill me and abuse me and victimize me and lie to me because I made you that way. That’s what this is saying.

(T-28.II.8.3) But what he made has turned against him, taking on the role of its creator, as the dreamer had.

So I as the dreamer made up a world of bodies in the dream. Now I project all that out, forget that I’m the dreamer; and now bodies are making me. So they now have the role of creator. That’s why we make such a big deal about giving birth and birthdays because it’s a glorification of the ego’s ability to miscreate, which of course the ego says this is God-created. It’s the ego worshipping itself. That doesn’t mean you shouldn’t be happy on your birthday or you shouldn’t celebrate birthdays or births or anything else. Just be aware of what you’re doing, that’s all. And understand why our society is so fanatic about it. It’s ego worshipping itself and congratulating itself on its triumph. It has stolen God’s creative ability. It takes it for itself, and now it creates. So it says.

Of course you hate me because I made you out of my hate. I hate God because He’s my rival. I stole my life from Him and now He’s going to want to steal it back so we’re in competition. I can’t deal with all this so we all collectively as One Son left the mind and made up a world and hid there. But the guilt over the belief that I can destroy God is still in me, and that’s what I project out. And so of course you will hate me because it’s my hate. And this has nothing to do with whether you actually hate me or not. I will believe you will hate me.

Again this passage, and we’re not finished with it yet, this passage would make no sense if you don’t first understand what projection is. What I perceive outside only comes from what is within me. But keep in mind that in the Course, perception is not what your physical eyes see or your ears hear. Perception is your interpretation of what your eyes see. So it’s not that my eyes see you doing something cruel and criminal. It’s my interpretation of it meaning, I give what you are doing power to take my peace away from me.

That’s what all this is about; not that you deny what your eyes see, not that you condone people’s cruelties and murderous impulses and behavior. What this is about is not giving what you see outside of you power to take away the love and the peace of God within you.

But if I begin with the premise that I am a guilty sinner, then that is what I will see all around me —guilty sinners. But I will see them out here being the cause of what I secretly believe I am. And I will feel that I am the innocent victim—this self here is the innocent victim of what everybody else has done to me. And of course they’re going to hate me and crucify me and be unkind to me because that’s who I am. And that’s what I have projected out.

So again as he hated his creator—as this self hated God— so will all the figures in his dream hate him.

That’s the purpose of the world—to keep the separation that we stole, but to give the sin—to give the responsibility for it to other people. And what I see in you, what I make real in you, what I give power to in you is nothing more or less than what I believed is my real self—sinful, guilty, and deserving of punishment.

This Course is about reminding us that we have total responsibility for everything we feel, and there are only two possible feelings. There’s peace and there’s conflict. There’s love and there’s fear. There’s forgiveness and there’s hate. Those are the only choices open to us, and no one has the power to make that choice for me or to give me the experience that comes from that choice.

(T-28.II.8:5) His body is their slave, which they abuse because the motives he has given it have they adopted as their own.

The motive I’ve given to the body is to kill because the body comes from my mind, which is a killer. So when I project that out, I will see murderers all around me. I will see people with murderous thoughts all around me. And again this is not to say that people don’t have murderous thoughts. And you are not responsible for other people’s murderous thoughts or murderous behavior. You are responsible for the connection you make between them and you. Because what we cleverly did is we took the cause and effect connection that unites effects with the cause, and we transplant it here after we reverse effect and cause, and we say that what you’ve done has made me this way.

And again, that’s what enables me to keep my separate identity, my separate self, but to say somebody else is responsible. Again as I mentioned briefly before the lunch break, that’s the face of innocence that everybody puts on.

And on a practical level, which we’ll probably talk more about tomorrow, it’s really important to see how you live that out day in and day out. How we’re always drawing connections—direct links —between our feelings and reactions and what other people do. Whether it’s something reasonably innocuous as driving on the freeway and people cut you off and you get angry, or a loved one saying something hurtful, or a boss saying something unkind to you, or whatever it is. You will draw a direct link. It’s an indivisible link between what people do and how we feel.

But as long as I can prove that my body has suffered at the hands of your body, then we’re heavily into bodies and the state of mindlessness is still seen as reality. And the real cause that’s buried in the mind stays buried in the mind.

So again this passage is directly talking about what happens when we made up the world and how we make up our individual worlds. It’s all through projection. If you want to know which teacher you chose in your mind—the ego or the Holy Spirit—just pay attention to your reactions. And if your reactions are anything other than the peace of God that embraces everyone within it without exception, then you know you chose your ego. A very, very simple rule. If you are not feeling peaceful, then you chose your ego. And you chose your ego’s thought system in such a way that you would not be at peace but blame someone or something else for it, which means we are unconsciously always looking out for whom we can blame.

One of the most difficult parts of the Course to really accept—not so much to understand intellectually but to really accept—is how much we secretly want people to abuse us, and victimize us, and walk out on us, and hurt us, and reject us.

How secretly we want that to happen because that’s what proves again beyond a shadow of a doubt that I am real; I exist but somebody else is responsible. And you know you’re secretly wishing for it because you respond.

You would not respond to other people’s attacks on you if you did not first want to prove this fundamental ego premise: I exist as a separate entity but somebody else is responsible. Somebody else’s sin made this happen.